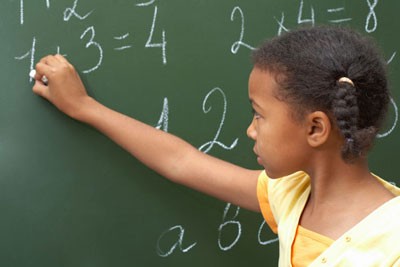 The recent shift and ethnic and racial demographics in Los Angeles schools has led to unprecedented racial, cultural, and linguistic diversity. The diversity which should be embraced as a fundamental ingredient of Los Angeles’ unique cultural fabric is a hallmark to the rich diversity of the city, state, nation, and the global community in which we all live.  Masked by the beauty of diversity in our communities has been the troubling state of academic experiences and outcomes for many racially and culturally diverse students.  There is a litany of data that documents the manner in which many students of color continue to be marginalized in schools, have disparate academic outcomes, are suspended and expelled disproportionately, and ultimately pushed out of schools (Howard, 2010).  The changing makeup of the nation’s school should serve as a resounding wake-up call that schools can no longer do business as usual when it comes to educating all students. The one-size fits all approach that may have had success in decades past has extremely little utility in today’s educational context. Diversity demands different approaches to teaching and learning. To that end, this issue of XChange addresses one of the approaches to teaching that is concerned with meeting the needs of culturally diverse students—culturally relevant teaching.  Educational theorist Gloria Ladson-Billings (1994) coined the term in the mid-1990’s and described it as “a pedagogy that empowers students intellectually, socially, emotionally, and politically by using cultural referents to impart knowledge, skills, and attitudes.” (pp.17-18)*.  She goes on to state that participating in culturally relevant teaching essentially means that teachers take explicit approaches in their teaching to create a bridge between students’ home and school lives, while still meeting the expectations of the district and state curricular requirements. In other words, students do not have to sacrifice cultural capital in their pursuit of academic success. Culturally relevant teaching utilizes the backgrounds, knowledge, and experiences of the students to inform the teacher’s lessons and methodology. Ladson-Billings’ claim was clear—that culture matters, and that culture matters when it comes to teaching and learning. Thus, her call was clear; if educators are to meet the academic, social, and emotional needs of their students they needed to understand their students’ lives, their cultural knowledge, learn about its intricacies, not judge students’ culture in a pejorative manner, and incorporate elements of students’ culture into teaching.  Ladson-Billings’ call was met with receptiveness by many educational practitioners, and with some concern and apprehension by others. However, what has become evident is that if students are changing in our schools, different pedagogical approaches need to be introduced. Close to 20 years after introducing the concept, culturally relevant teaching has gained widespread attention and recognition as an approach that has promise and potential for diverse learners (Gay, 2010). While the theory has grown over those two decades, one of the criticisms has been that the practical application of the concept has yet to catch up with the theoretical tenets, and many practitioners still struggle in their efforts to teach in a culturally relevant manner. 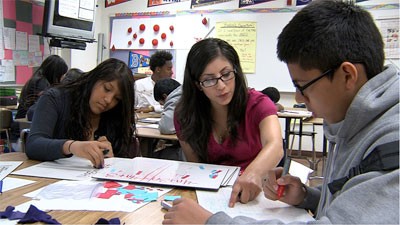 In this issue of XChange we highlight the theory and practice associated with culturally relevant teaching. We do so, because we believe that the charge is even more relevant today than it was 20 years ago when Ladson-Billings introduced the concept. Our schools continue to see widespread diversity, and many classroom teachers often feel ill-equipped to meet their needs. There continues to be a need to unpack culturally relevant teaching, to identify its elements, to see what it looks like in practice, to discuss how it aligns with district and state content standards, and to offer ways of refining and enhancing the concept. In this issue of XChange we attempt to offer examples of works that build on students’ lived experiences in a manner wherein they are not asked to give up who they are in their quest to be successful learners. Culturally relevant teaching assumes that every child enters a classroom with rich cultural knowledge and lived experiences that he or she should be able to access daily in order to learn new content. We are excited about this issue because we have been able to amass a wide range of works from UCLA faculty, alumni, and students who, like us, believes deeply in the importance of culture. We are grateful for the contributions of a number of people whose work towards excellence and equity are included in this issue.