The Launch Academy is a six-week summer program focuses on rigorous, yet engaging classes in math and science for children ages 4 to 14. (photo courtesy of UC)

When faith centers and secular education unite, the results can be spectacular. Such is the case with the Launch Academy, a math and science summer program sponsored by Bethany Baptist Church of Los Angeles and the University of California at Los Angeles (UCLA).

The winning partnership between the two institutions has led to a six-week intensive curriculum that prepares young people for college and academic success in school. Launch Academy is just one of many programs and partnerships across the UC system that provide academic support and tools for low-income and underrepresented-minority K-12 students and their educators. 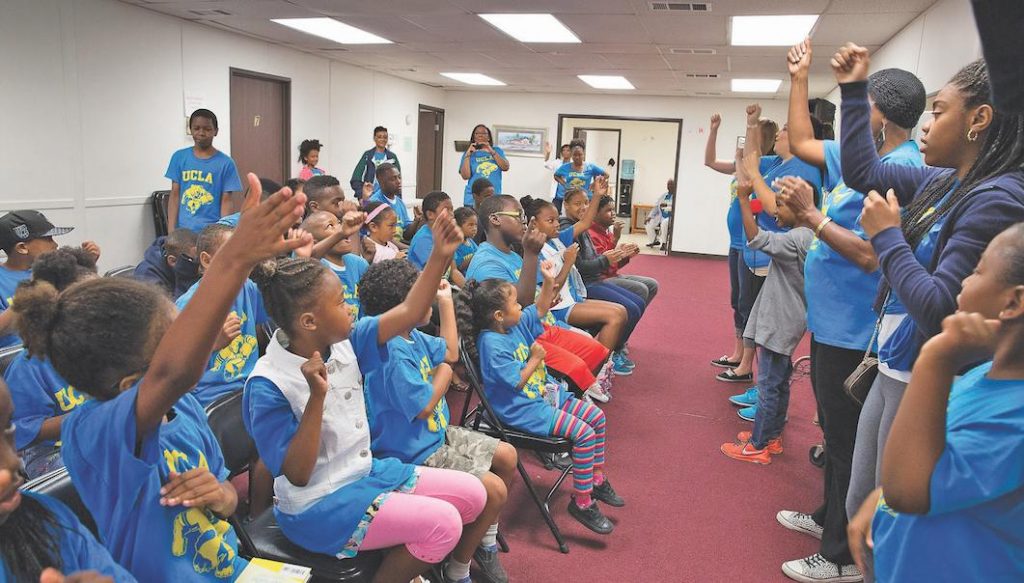 Youth from the Baldwin Village and Crenshaw areas attend the Launch Academy. (photo courtesy of UC)

Now in its second year of operation at Bethany, the program is on track to serve 102 students, from ages 4 to 14, in the Baldwin Village – Crenshaw area. In addition to engaging and interactive classes, workshops will be held to acquaint parents with the college preparation and application process.

“Launch Academy operates under the auspices of Bethany’s community development corporation. It is part of the church connecting with the community beyond just on Sunday and it is more than what you would traditionally do in a vacation Bible school program,” said Rodman Miles, who was appointed by Pastor L.A. Keesee to coordinate the effort with UC officials.

“We are trying to be more relevant to the community’s needs and these are the types of initiatives that people are asking for. Parents are recognizing the value of having a program of this nature,” he said.