What events led to the 1938 anti-Nazi protest in Boyle Heights?

On November 9-10, 1938, Nazi storm troopers, abetted by Hitler Youth and the passivity of German citizens, launched violent mob attacks on Jewish-owned stores, synagogues and cemeteries throughout Germany and Austria, and arrested thousands of Jewish residents and sent them to concentration camps, the first time they had done so on such a massive scale. The calamitous event known as Kristallnacht (“Night of Broken glass”) represented a turning point in the Nazi persecution of European Jews, and raised widespread alarm across the world.

In Los Angeles, Hitler’s rise to power in the 1930s led to a series of increasingly public displays of anti-Semitism, including mass distribution of anti-Semitic flyers, rallies in support of Hitler’s program, and swastikas burned in the Hollywood Hills.

On November 22nd, 1938, some 10,000-15,000 residents of Boyle Heights – both Jews and non-Jews – marched down Brooklyn Avenue*, calling on their fellow Angelenos to fight fascism, anti–Semitism, and Hitlerism. The protest led by the United Anti-Nazi Conference was estimated to be one of the largest marches in the city’s history.

How did the protestors in Boyle Heights understand the threat of fascism to Europe? Did they believe that fascism also posed a threat in the United States? How so?

Many prominent civic and political leaders in Los Angeles, especially in the Jewish community, recognized fascism as a threat, particularly to the lives and wellbeing of Jews but also to Catholics, trade unionists, and to the future of democracy in Europe. Accordingly, they devoted their activism to raising awareness about the Nazi threat in Europe and to monitoring local fascist groups in Southern California, including the American Nationalist Party, the Silver Shirts, and the German American Bund, which hosted fascist rallies and operated an Aryan bookstore at their headquarters – “Deutsche Haus” in Inglewood.

The United Anti-Nazi Conference and its affiliated organizations, including the American Youth Congress and the American League for Peace and Democracy, viewed the threat posed by fascism in more expansive ways, arguing that the same fascist attitudes that propelled Hitler to power in Germany also maintained Jim Crow and the endemic racial and economic inequality that was widespread in 1930s America. Fascists, they argued in pamphlets, used “demagogic slogans and fancy proclamations” to convince the public that prosperity could be achieved by “eliminating” political, racial and ethnic minorities, rather than address the concentration of wealth and the power of “monopoly capitalism” that had wrought devastation in the American economy. Believing that racism, anti-Semitism, xenophobia and exploitation were indelibly intertwined, they aimed to form a broad-based, inter-racial coalition of civil rights organizations, labor unions, and youth groups to fight for a deeper, more lasting cultural change in American life.

What were a couple core issues that the United Anti-Nazi Conference (UANC) organized around?

To build its inter-racial coalition, the UANC organized anti-Nazi rallies and protests all over the city, including the march in Boyle Heights, as well as another protest in Hollywood the next day. Long before the American media was reporting on events in Germany, the UANC brought speakers who testified about events in Europe and drew connections to things happening in the United States. The UANC put on events with the NAACP, the Los Angeles Urban League, and the Brotherhood of Sleeping Car Porters featuring W. E. B. DuBois, who spoke about his recent trip to Europe. They also sponsored rallies with the Congress of Spanish Speaking Peoples, connecting the mass deportations of Mexican and Mexican-Americans that President Hoover authorized in the early 1930s (which resulted in the repatriation and/or forceful deportations of an estimated 30% of Los Angeles residents of Mexican descent) with the de-naturalization and removal of Jews in Germany. And they repeatedly protested outside Deutsche Haus, often resulting in scuffles between UANC picketers and brown-shirt wearing fascists.

What role did youth play in these anti-Nazi and anti-fascist protests?

Young people were a huge part of the base of the UANC, and many of them were also members of the American Youth Congress (AYC). Like the UANC, the AYC was an umbrella organization of youth groups from around the country, including church groups and religious organizations like the YMCA, youth chapters of civil rights groups like the NAACP, fraternal organizations, college campus groups, and youth branches of political parties, including the Young Democrats, the Young Communist League, and the Young People’s Socialist League. In 1934, they decided to host a national congress where delegates from some 200 local organizations came together to focus their efforts on the specific issues facing America’s youth. These included anti-militarism (the prevention of war and abolition of military schools), anti-racism and discrimination, anti-child labor, social insurance (including benefits for unemployed youth), and increased funding for education and recreation. Under the slogan of “Peace, Freedom and Progress,” they spearheaded legislative campaigns on a local and national level, including supporting the American Youth Act of 1938, a bill which established a National Youth Administration to inaugurate vocational training programs, work-study programs, and federal financial aid for college for youths age 16 to 25.

*In 1993, the Los Angeles County Board of Supervisors and the Los Angeles City Council renamed Brooklyn Avenue, Cesar Chavez Avenue. To learn more about this change, read: https://laist.com/2017/03/27/brooklyn_cesar.php 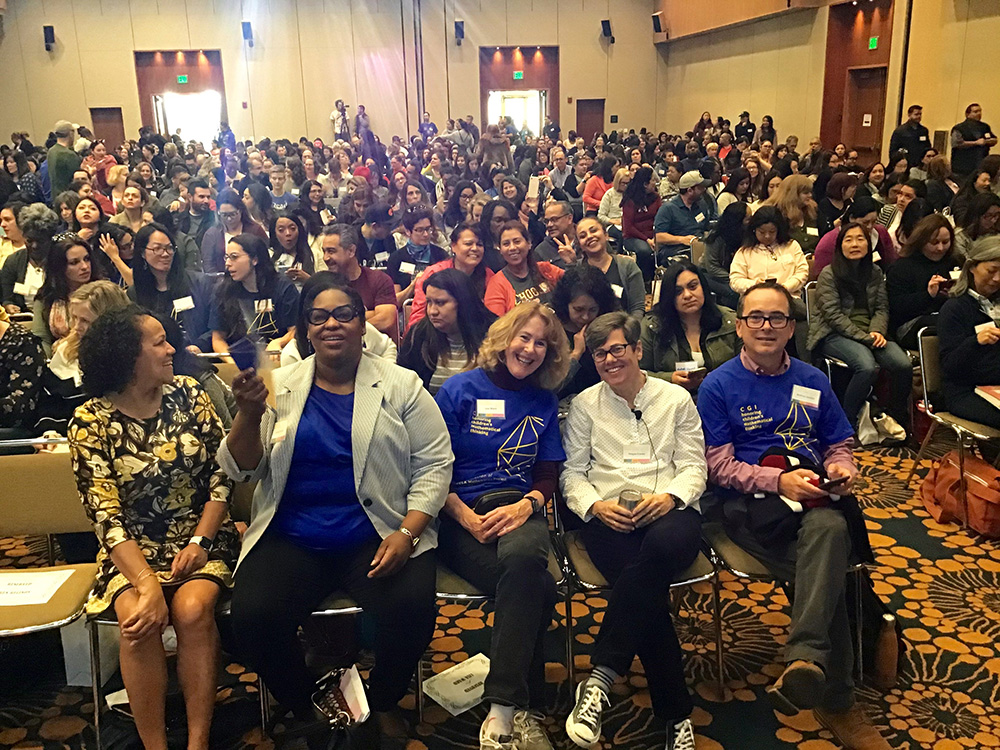